A senior police officer said that as part of the investigation into the murder, accused Aftab Amin Poonawala would be taken to Chhatarpur forest and some other places in the city.

When the policemen took Poonawala to the forest, his face was covered with a cloth, and cameramen and journalists were rushing to take his photographs and statements. Public anger over this brutal murder seems to have started coming to the fore as when he was taken to the Chhatarpur forest, a woman there questioned him whether he was not ashamed of his misdeeds.

Poonawalla told the police during the investigation that he killed his partner Shraddha Walker after a quarrel over marriage. The idea of ​​dismembering his body came to him from an American television series ‘Dexter’. Police said that the accused bought a fridge to keep the pieces of the body and used to go out in the middle of the night to throw these pieces. According to the police, the accused had carefully planned the disposal of these pieces on the basis of which part of the body starts decomposing the earliest. 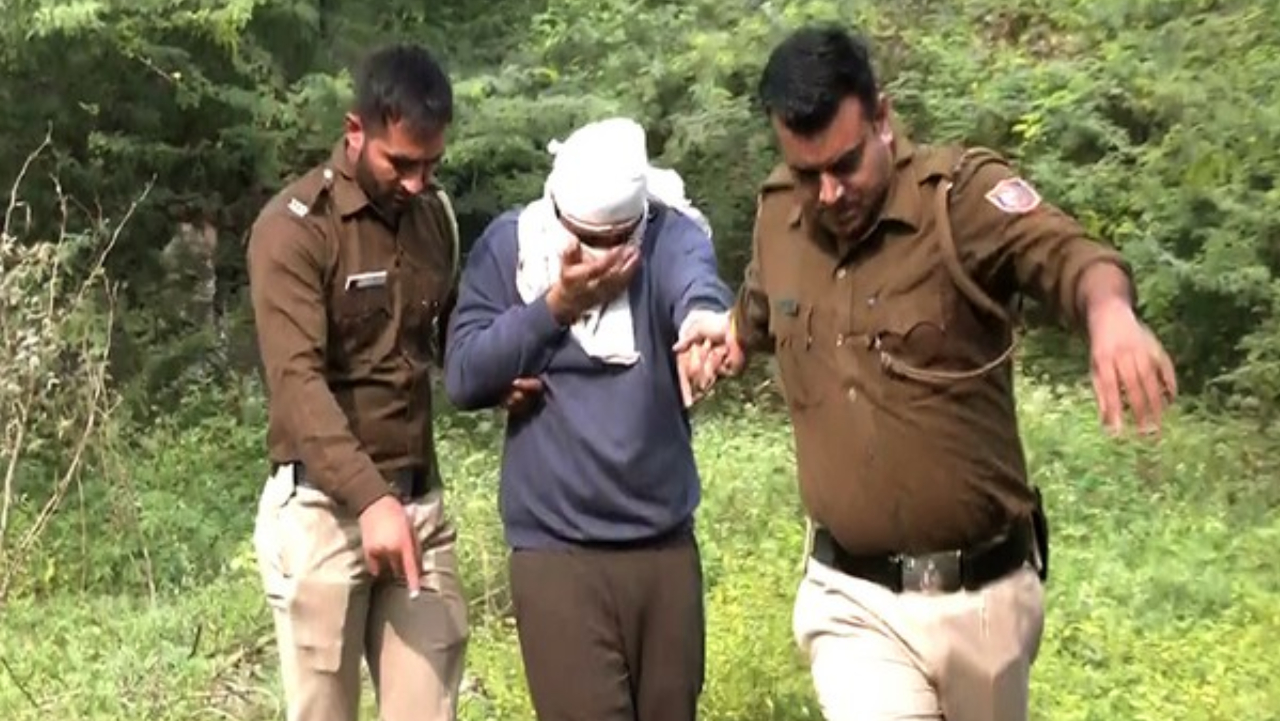 According to the police, 13 pieces have been recovered from the areas where the accused had given information about throwing the pieces of the body, but only after the forensic investigation can it be confirmed whether they are related to the victim. The police are yet to find the weapon used in the murder. Police said that Poonawalla and Shraddha Walker came in contact with each other through an online dating app and later both started working at a call center in Mumbai and fell in love. But the couple moved to Mehrauli in south Delhi in May this year when their families opposed the relationship as they belonged to different religions, police say.

Additional Deputy Commissioner of Police-I (South District) Ankit Chauhan said that in mid-May, there was an argument between the two over marriage, which escalated and Poonawalla killed Shraddha. Chauhan told that due to differences regarding her relationship with Poonawalla, Shraddha did not even talk to her family members properly. The complaint lodged by Shraddha’s father in Mumbai alleged that Poonawalla used to beat Shraddha and she had earlier told this to her family

Chauhan said that when the woman’s father called the accused, he was told that the two had separated some time back. Unable to contact his daughter, he filed a missing complaint. After receiving the complaint, Mumbai Police traced Shraddha’s last location to Delhi and also called Aftab, but his contradictory statements raised suspicion, after which he (Mumbai Police) took Delhi Police with him.

The accused had gone to the doctor for treatment of the wound in May itself.

A doctor who treated Aftab Amin Poonawalla, accused of killing his live-in partner and dismembering her body, said he had come to him in May for treatment of a wound. The woman was murdered in the same month. Dr. Anil Kumar told that when Poonawala came to him for treatment, he was very aggressive and restless and when he asked him about the injury, he told that he got hurt while cutting the fruit.

Kumar said that in May he came in the morning. My assistant told me that one person has come with an injury. When I saw it, it was not a deep wound but a superficial wound. When I asked him how he got hurt, he told that he got hurt while cutting the fruit. I had no doubt because it was a small knife wound. He said when he first met 28-year-old Poonawalla during his treatment, he found him to be a very courageous and confident person

Kumar said that two days ago the police brought him to my hospital and asked if I had treated this person. I recognized him and said yes. Dr. Kumar told that he was speaking in English and told me that he is from Mumbai and came to Delhi because of good opportunities in the IT sector.